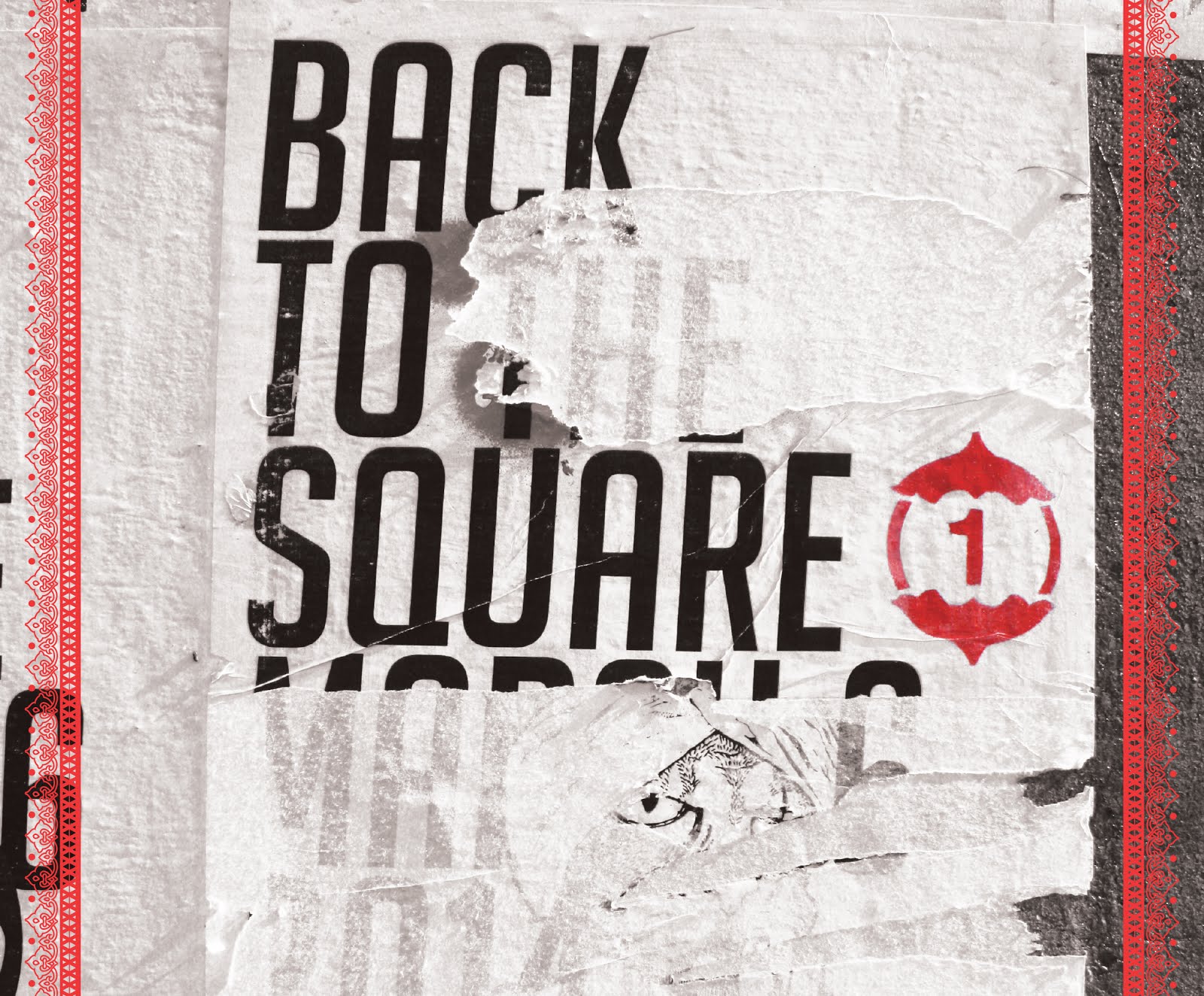 Should we be surprised by the snows of an Arab Winter, following the revolutionary Spring of 2011 and the hot Summers of 2012 and 2013? These recurring waves of upheaval have repeatedly reconfigured the relations between art, society and politics. Artists and intellectuals played a significant part in taking over squares, walls and streets – using these spaces for art and messages aligned with the protests. Yet today, with the re-entrenchment of old institutions, many artists and intellectuals feel that they are “back to square one”.

Back to (The) Square 1 is curated as part of the RE-ALIGNED Project, which seeks to generate public reflection on how newly rebellious young movements the world over mesh with contemporary forms of art. Commissioned by Checkpoint Helsinki, the project features a small selection of leading and emerging artists with experience of a new form of agency. By necessity, it can represent only a few fragments – artistic insurgencies, gestures, reflections and documents of resistance – gathered during fresh curatorial research in Egypt and Palestine.

These artists are representatives of a still youthful movement, catching its breath. This is no easy task in the current vacuum of legitimate alternatives. Most artists and thinkers at the heart of the rebellious generation reject the resurgent security state just as much as its reactionary religious counterpart.

In previous iterations of the Re-Aligned Project, the curators have described this rejection of multiple mainstreams as a non-aligned position. The works in this exhibition, however, are tempered by a fire which can burst into flame any time again. A spark leading to a renewed re-alignment of forces – in Cairo, as much as Ramallah, Kiev, Istanbul, or the Occupy and Global Justice movement – usually comes unexpectedly. Nothing is sure, save that after winter must come spring.

Documentation of the exhibition space at Forum Box in Helsinki, March 2014:

Back to (The) Square 1 is the first iteration of a new phase of the Re-Aligned Project. In partnership with Helsinki Festival in August 2014, the second iteration will be built around larger-scale commissions for Checkpoint Helsinki by Perpetuum Mobilε.

For the e-flux announcement see:
http://www.e-flux.com/announcements/back-to-the-square-1/

The City of Helsinki [www.hel.fi]

The Ministry of Education and Culture [www.minedu.fi]