Artists at Risk​ (AR) is a new institution at the intersection of human rights and the arts. AR is dedicated to mapping the field of persecuted visual art practitioners, facilitating their safe passage from their countries of origin, hosting them at “AR-Safe Haven Residencies” and curating related projects.

Our first public call is now open. Rather than as asylum seekers or refugees, we welcome AR-Residents as honoured visiting art professionals. AR-Residencies enables practitioners to take a “breather” from their home country, or to use the programme as a “stepping stone” to re-orient their professional lives. Art practitioners at risk of grievous suppression of freedom of expression, persecution or politically motivated threats to their basic freedoms may apply here. An international jury will select AR-Residents to be granted short or long-term residencies.

Scope
Artists at Risk (AR) is designed as an institution of worldwide scope. Visual artists will be AR’s primary focus, although other creative intellectuals—such as theatre and film practitioners – or others that need assistance beyond what can be provided by organisations such as PEN, SafeMUSE or Freemuse, may find placement at AR. Indeed, the musician Ramy Essam, “the singer of Tahrir Square”, was our first AR-Resident. As part of a collective effort with its many partners and networks, including PEN-America (ARCoalition), ICORN (The International Cities of Refuge Network) and new funding opportunities, AR is taking the first steps towards establishing a type of PEN for visual artists at risk.

AR-Safe Haven Helsinki, operating under various titles since 2014, is co-organised in cooperation with HIAP-Helsinki International Artists Programme, and is funded by the City of Helsinki Cultural Office.

AR-Safe Haven Athens will receive its first AR-Resident in spring 2017, funded by the EU “Re-Build Refuge Europe” project. AR-Athens has developed out of local partnerships, and was part of Athens Biennale 2015-2016.

AR-Safe Haven Berlin is being launched in 2017 as part of the same EU project, and is hosted in partnership with SAVVY Contemporary.

AR-Saari Residence/Saastamoinen Foundation includes two months on the west coast of Finland, followed by a one-months stay in Helsinki.

AR at Wysing Arts Centre (near Cambridge, England) is launching a dedicated 3-month AR-Residency in 2017.

AR at the Nordic Black Theatre (Oslo) is hosted by one of the Nordic Region’s oldest transcultural performing arts institutions.

Further residencies are in the process of joining this growing network.

Artists at Risk (AR) is a Perpetuum Mobilεzation 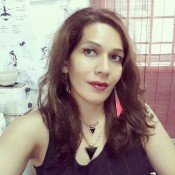 A learning-by-doing platform which brings together a plurality of individuals, cultures and traditions, the PLURIversity cross-seeds artistic, P2P and social imaginaries to develop new pedagogies, skills and solutions for a diverse, pluricultural future. Forming a part of the faculty of … Continue reading →

We are very pleased to announce that today Shieko Reto is taking up residency at the first 1-year resident Artist at Risk (AR) at Safe Haven Helsinki. Shieko Reto is a visual artist and activist from Kuala Lumpur, Malaysia, whose … Continue reading →

Ramy Essam back in Finland at Safe Haven Helsinki

Safe Haven Helsinki, curated by Perpetuum Mobile (AR-Artists at Risk), is very happy to welcome Ramy Essam back to the city! The Egyptian musician is already known to Finnish audiences from his participation in PM’s #TSQ2 project for Checkpoint Helsinki, … Continue reading →

Sorry, this entry is only available in Finnish.

We are honoured to have received the Annual Art Act award, chosen by rap-star Paperi T from a short-list prepared by a jury of leading figures from the Finnish institutional art world. The jury was chaired by Raija Koli, the Director … Continue reading →

at the Helsinki Art Museum on the 30th of August, 2016. Chaired by Perpetuum Mobilε (Marita Muukkonen and Ivor Stodolsky). For information about the artist and the talk see: http://www.perpetualmobile.org/mobile-talk-erkan-ozgen/   Photos courtesy of Kalle Kuisma and Eleni Tsitsirikou For … Continue reading →

at the Helsinki Art Museum on the 30th of August See photos, video and audio of the event.   Erkan Özgen is a pioneer of video art from the Kurdish area of Turkey, with a distinguished record of exhibitions and … Continue reading →

Perpetuum Mobilε​ is delighted to reveal that PM’s Artists at Risk (AR) platform has been awarded the EUROPEAN CITIZEN’S PRIZE of the European Parliament​! A Finnish press event will take place on July 1st at 9.30 am at the European … Continue reading →